Many still have a soft spot in their hearts for this very special movie theatre. Named after the song composed by Nelson Kneass, who died here in 1868, this theatre was beyond spectacular. Prior to 1949 there was a string of homes here. It's hard to imagine it all now!
Next Building - city hall
HOME PAGE - TOUR AND DISCOVER
Located at 828 Washington Street, the Ben Bolt was no ordinary theatre, not for Chillicothe, nor the state or even our country. All you'll see now are some tiles on the ground.

Robert Beller and Dietz Lusk , Jr. served as the project architects, with John Irvin as the construction manager. According to the opening Ben Bolt program, now housed at the Grand River Museum, John Irvin had a “deep desire” to build his dream movie theatre for his home town. Originally from Chillicothe, Mr. Irvin had gone to college in Columbia, Missouri and was called back in 1931 to help run Dickinson’s movie theatres: the Empire (soon renamed the Dickinson) and the Strand. He also became involved in the formation of the Chillicothe Area Arts Council. By the late 1940s, he was operator of the Irvinbilt Company construction company.

The Ben Bolt's grand opening covered the entire front page of the Constitution-Tribune and then some. The theatre boasted the top sound and projection equipment of the day. It had one of the best marquees in the nation with close to 200 lights. The stage curtains were electronically operated. They were also a gorgeous “red plush trimmed with gold.” House lighting cycled from off to on more slowly, to bring patrons gently back to normal lighting levels. The screen was of a new kind and one of only two in the eastern part of the United States. The projection system and sound equipment were also top of the line.
There was also special, unique artwork inside the Ben Bolt. Two very large historical and symbolic murals were painted along the sides of the theatre by Frank Zimmerer of Los Angeles. He used his new “black light” technique which fluorescent paint highlights; when special black lighting was turned on and the theatre lights turned off, these highlights were still visible even in the dark. There was a regional “spring” theme on the south wall and a “fall” theme on the north wall and included a depiction of Graham’s Mill bridge. (This is supposedly similar to the mural that now graces the outer wall of the end building at Clay and Washington after the Ritz was torn down.) These murals were very large, recorded as 12 X 30 feet. Zimmerer also painted a mountain scene mural behind the water fountains. 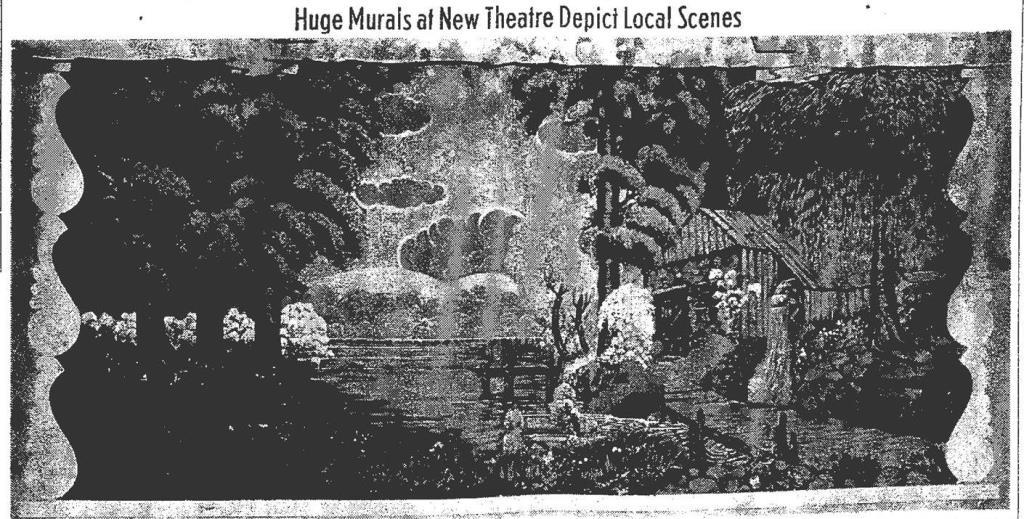 Mural picture from the Constitution-Tribune August 16, 1949.
​     Opening day was Aug 18, 1949. John Newcomer was the manager. Doors unlocked at 6:45pm, well in advance of the first 7:30pm showing, so that patrons could “inspect” the premises. The first reel was news provided by the Constitution-Tribune. At 7:41pm there was a travel talk “Playland of Michigan” followed by a Bugs Bunny cartoon. Next was the dedication with Manager John Newcomer, Mayor Bob Staton, a dedication by Joseph Stewart and a rendition of the ballad “Ben Bolt” written by Nelson Kneass. At 8:17pm the main feature aired: “It’s a Great Feeling” starring Dennis Morgan and Jack Carson. By 9:12pm everyone was to make their way out, to allow for a second showing at 9:50pm. Upcoming movies were listed on this first program, viewable at the Grand River Museum. 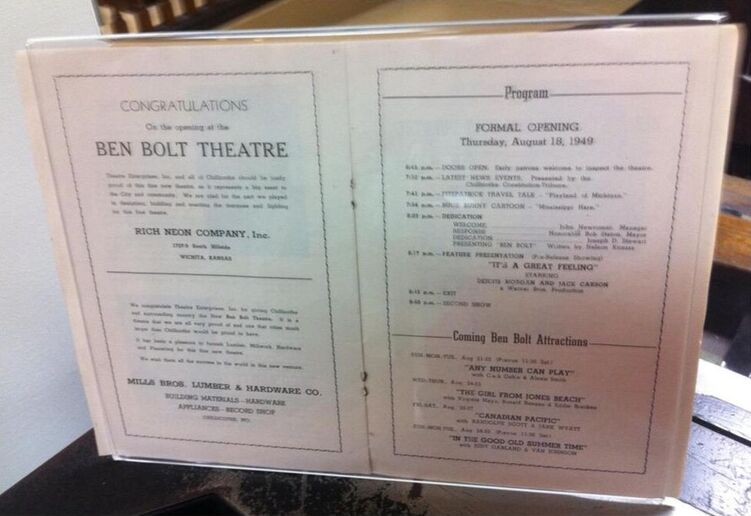 Opening night program on display at the Grand River Historical Society & Museum. Photo courtesy of Kirsten Mouton.
​    Jim Jones got complete access to the theatre in the 1990s and photo-documented everything. (His booklet on the Ben Bolt is available for viewing in the genealogy room at the Livingston County Library and at the Grand River Museum.) He took pictures of exterior architectural details, the lobby, the theatre, the bathrooms, projection room, and boiler room. According to Jones, at the time the theatre was built, the bathrooms were first class. 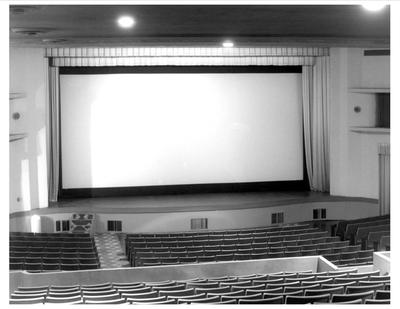 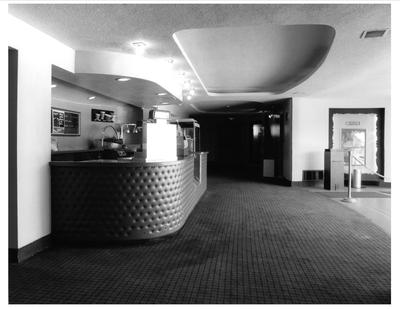 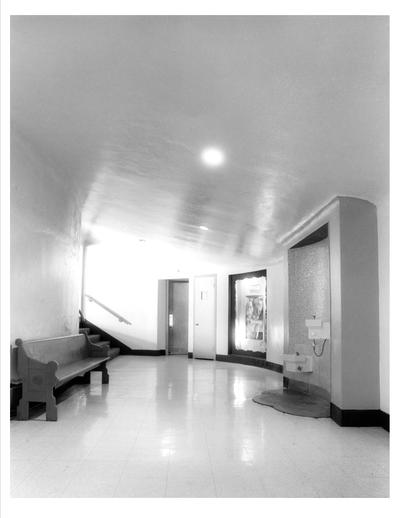 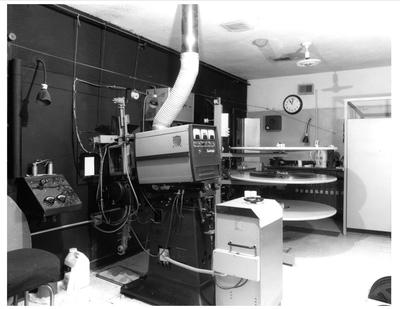 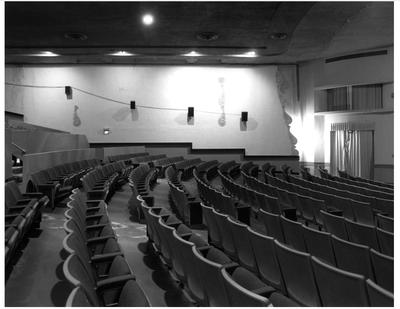 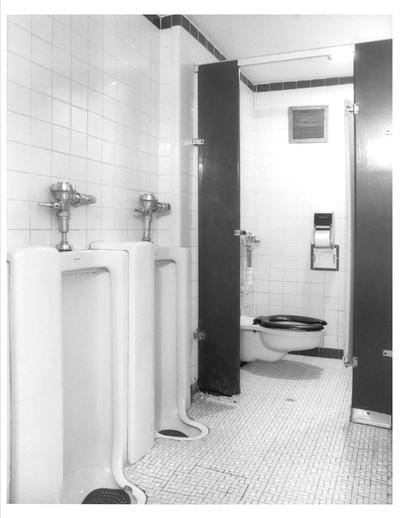 Photographs courtesy of Jim Jones.
The Ben Bolt fell victim to the times. Theatre viewing changed. Having a large theatre to show one movie became a disadvantage. As is often the case with grand old buildings, when left unused or even underused, they begin to decay. At some point, the only alternative was to tear the structure down. It wasn’t properly maintained for years and went through several owners. The last owner tried to find local financial support to save the theatre, but there seemed to be a lack of interest or will. 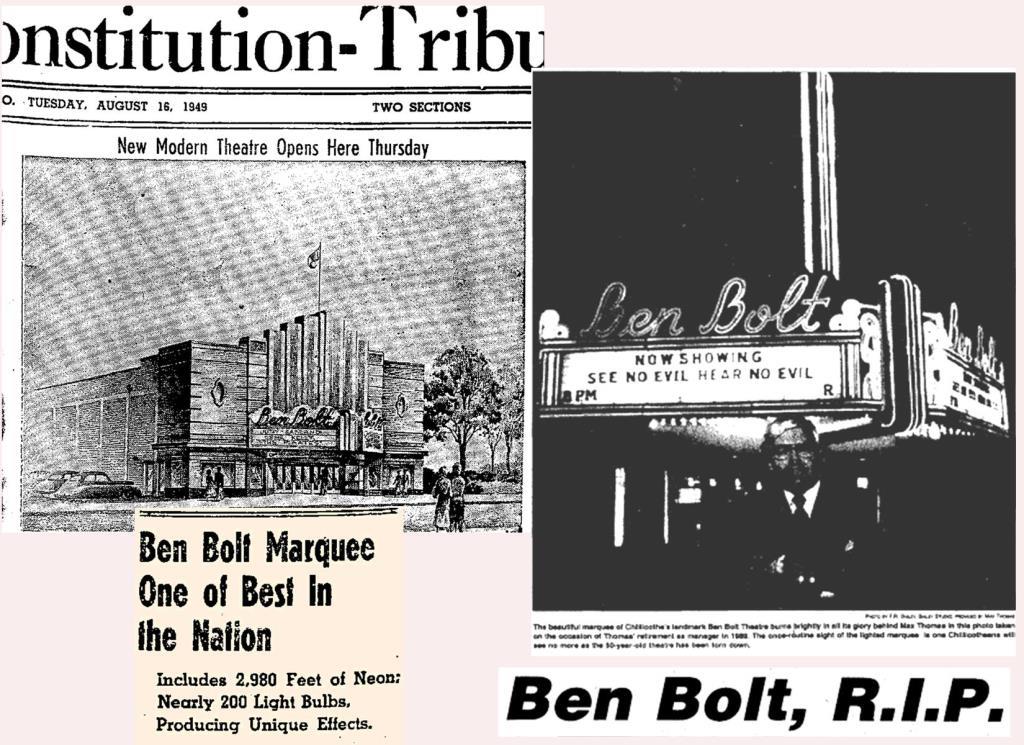 Headlines from the Constitution-Tribune, August 16, 1949 and August 16, 1999.
​    These tiles are all that is left of the once great Ben Bolt Theatre. It’d be great to see a monument commemorating the Ben Bolt at that site, similar to what was placed at the Ritz location at Washington and Clay, stop #20 on your tour. 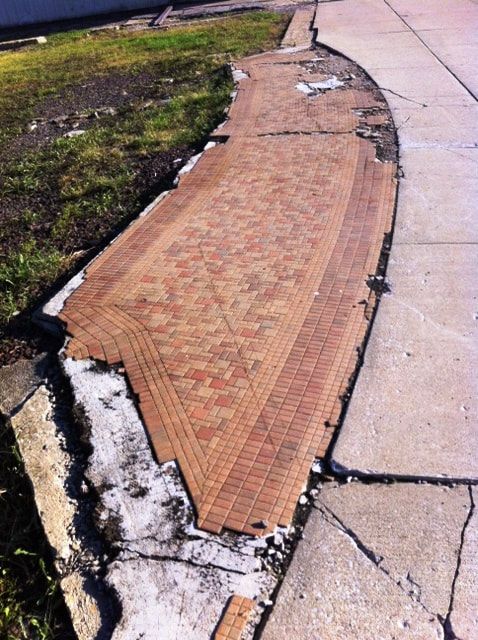 All that is left of the magnificent Ben Bolt Theatre in 2014. Picture courtesy of Kirsten Mouton. 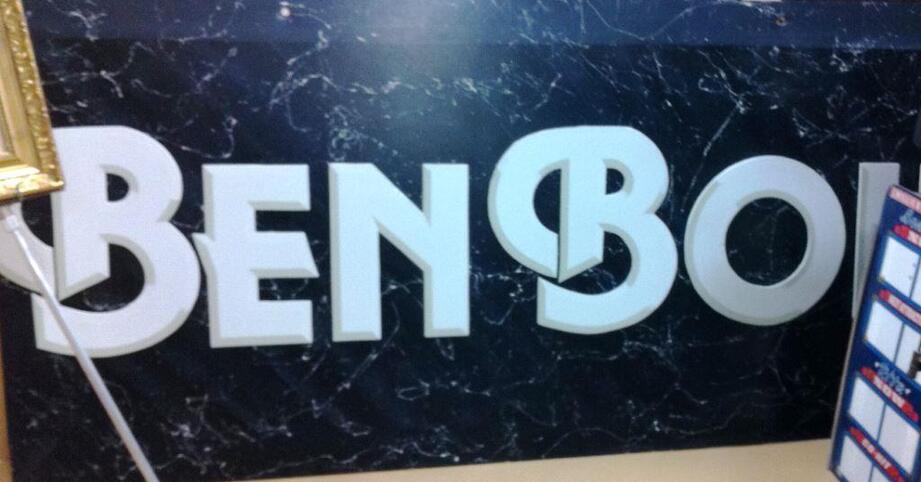 Ben Bolt sign on display at the Grand River Historical Society & Museum. Photo courtesy of Kirsten Mouton.
​    ​    Before the Ben Bolt, there were houses all along this part of Washington. Captain William T.  Browning and his family built their two-story brick homestead here. Mr. Browning owned the Browning Hotel at the corner of Locust and Jackson Streets where Nelson Kneass died in 1868/1869. The hotel burned in 1888. Mr. Browning died in the latter part of 1899. It was claimed he was author of famous expression “Get there, Eli.” (Eli Perkins is also claimed to have coined the phrase referring to train issues.) Browning’s widow remained until early 1907 when she moved to Chicago to be with her grown children. It appears that they tried to rent the house after that; ads were found from 1907, 1910, 1913, 1915. The city directories for 1925 and 1928 list the property as vacant; the address is not included in later directories and at some point the home must have been torn down. 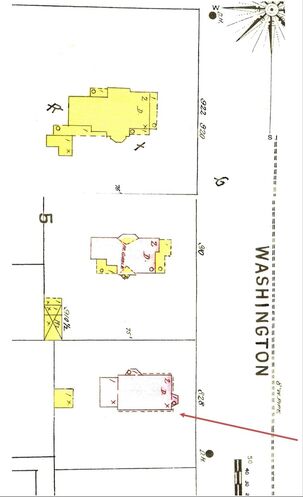 1896 Sanborn map showing Mr. William T. Browning’s home.
If you turn around and look at the old Walgreens now Youth Library at the corner of Washington and Polk, that lot and the one south of it used to be a series of four homes built around 1916-1920.
​    And before those homes, most of the lot across the street was the estate of General William Y. Slack and his wife Isabella. Mr. Slack moved to Chillicothe in 1839 and became a prominent lawyer. In 1842 he became our Representative to the State Legislature. Chillicothe was incorporated in 1851 and Slack served on the first board of trustees. He volunteered to serve in the Mexican War and reached the rank of Captain or Colonel, as there are conflicting reports. He was the “leading citizen” in Chillicothe in the 1850s. In 1861 he was appointed Brigadier General of the 4th Division of the Missouri State Guard. He was wounded in a battle of the Civil War and died on March 20, 1862.

Mrs. Slack resided at the home for many years. Their home was described as a “two and a half story frame structure in Gothic style, situated in a large yard.” Isabella was the first Superintendent of the State Industrial Home for Girls formerly located on Third Street in Chillicothe. She died June 22, 1910 at the age of 80.
NEXT BUILDING - city hall
HOME PAGE - TOUR AND DISCOVER