501-505 Locust Street
You are in the right place if you are by the Citizens Bank and Trust drive-through. This was once one of the most spectacular buildings in all of Chillicothe. ​ It was torn down in 1986 for bank expansion.

Photo courtesy of Kirsten Mouton, 2020.
next building - winkelmeyer furniture - piper building
previous building - elks lodge
HOME PAGE - TOUR AND DISCOVER
​
The former building was heavily remodeled in 1937 and was known as the Boehner Building for many years. Judge Chris Boehner owned the building and removed the Cupolas (see below) to modernize it. A new front was built to make the building one of the most "up-to-date" in town. 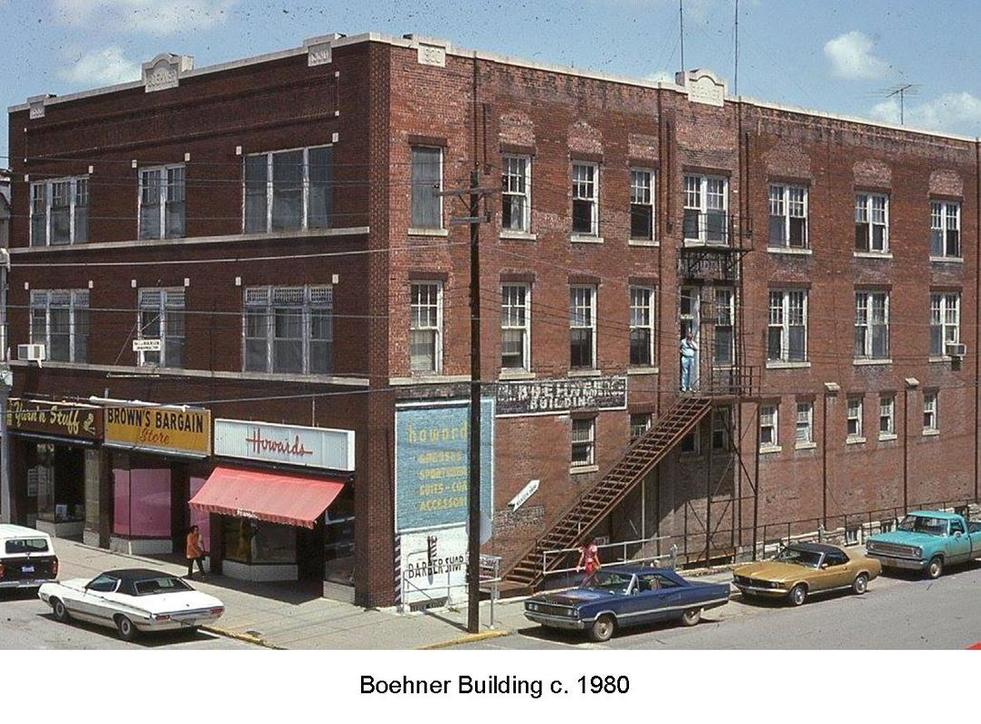 Picture on file at the Livingston County Library archives.
​    Prior to the 1930s, this was a very impressive building known as the New York Store. Upper rooms were used for a variety of purposes such as various Lodge meetings. The Chamber of Commerce also had an office upstairs in the 1920s. In about 1902, the New York Store was renamed the McVey-Barclay Dry Goods Company to reflect his new partner, son-in-law J.H. Barclay. The building continued to be referred to as the New York Store for many years. McVey died April 27, 1921. 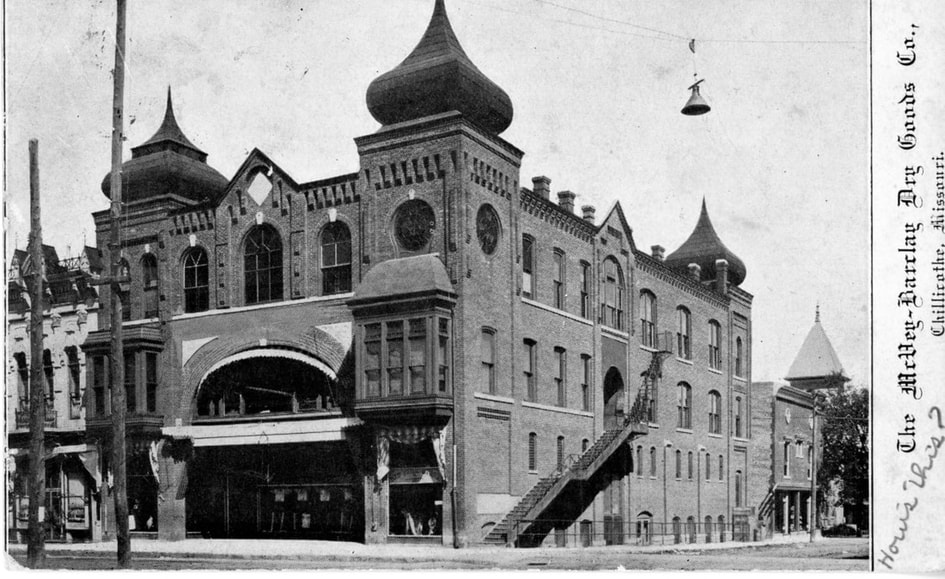 The New York Store, later called the McVey-Barclay Dry Goods Company. Photo courtesy of Robert Pigg.
​   Maupin Commercial College, founded in 1898, was located on the second floor until 1910. Maupin College, or "The Position School," taught bookkeeping, shorthand, telegraphy, penmanship, and English (writing, history, philosophy, and literature). In 1910,  the business was sold to Walter Jackson, the vice-president, who moved the college to the Wallbrunn Building (#8). ​​
In 1887, Archibald McVey and Mr. Smith, owners of the New York Store, constructed a larger, fabulous, spire-topped building new building at the corner of Clay and Locust Streets. Hand-molded brick from a local brick yard was used for at least part of this building. ​Architect Charles B. Clarke from St. Louis returned to Chillicothe to design this grand building; he had also designed Chillicothe's first Central School in 1875 and the 1877 City Hall. In 1909 an annex was added across the alley in the back and was dedicated to ladies-ready-to-wear clothing. This brought the total floor space to over 30,000 square feet for the store. The New York Store had over 60 departments and employed about fifty people. They had their own dedicated heating and electric plant. In the basement they sold notions, tinware, graniteware, chine, glassware and carpet an floor coverings. On the first floor, there was "a complete assortment of high grade materials from the foremost mills of the world," underwear, hosiery and shoes. The club rooms on the third floor saw many formal balls.
The New York Store celebrated its 25th anniversary in 1891. This was a huge affair with a guest speakers, employees dressed in themed costumes, and loads of visitors as the entire town was invited and said that the entire town showed up! The event was described as "an evening of aesthetic abandon." 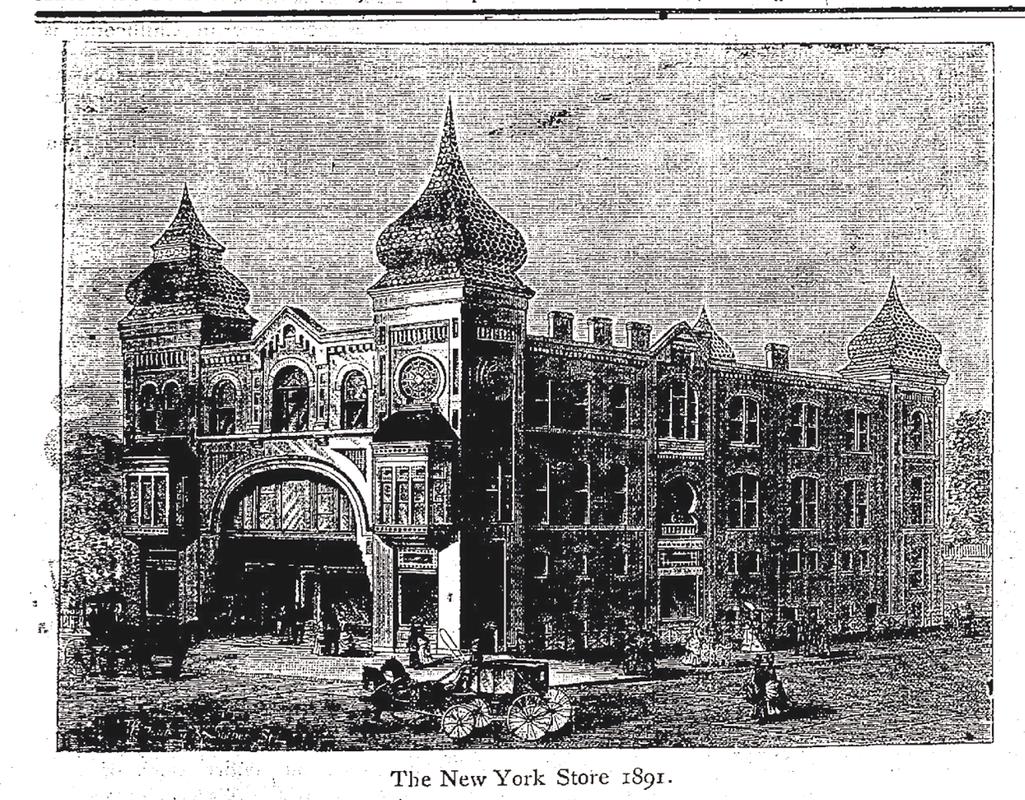 Chillicothe Constitution April 8, 1891.
After the death of his first business partner, Mr. Murry, McVey went into partnership with his brother-in-law, E.E. McKee, and later with Mr. Smith. In 1871 the business was moved to 614 Washington Street (building #5 on this tour) and remained here until 1887. 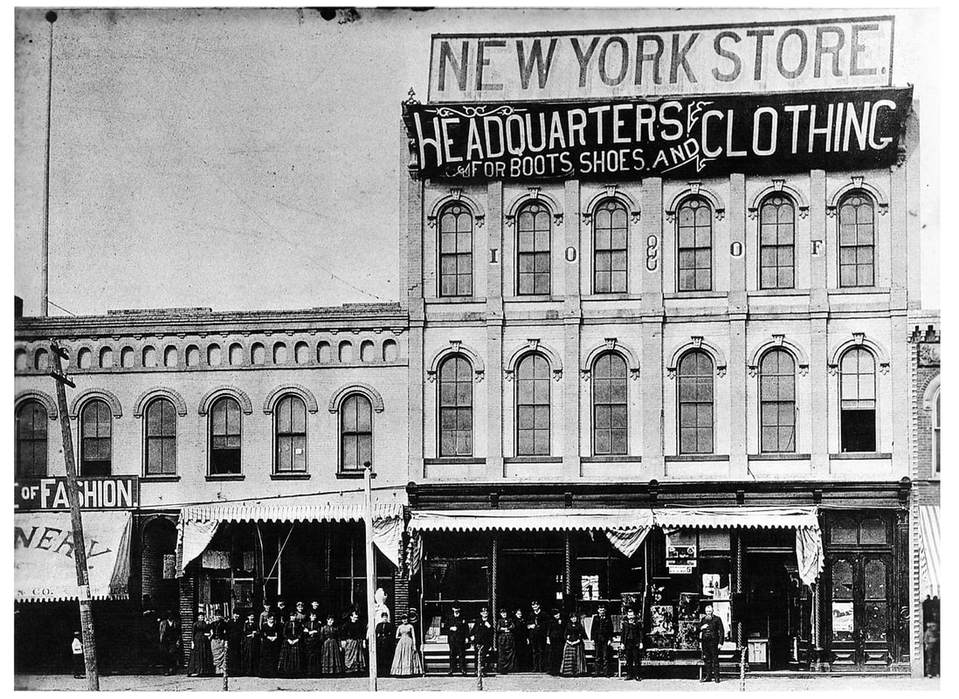 The New York Store in 1887 was located at 614 Washington St. Archibald McVey, founder, is the man farthest to the right standing alone. Photo courtesy of Robert Pigg.
​
​   Captain Archibald McVey came to town in 1865, still wearing his Civil War Navy uniform. He entered the dry goods business in partnership with T.N. Murry in the T.N. Murry dry goods store. They opened the New York Store in 1866. The first store was at Adams and Sons grocery (1937 - look up in directory). 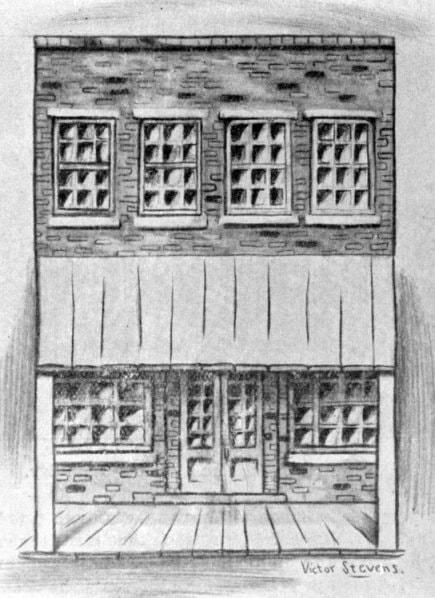 The first New York Store building from 1866-1871. Picture from The City with a Future c. 1909. On file at the Livingston County Library archives.
​    The McVeys had a lovely home on south Elm Street, backing onto what is now the Arts District on Locust Street. Their home was destroyed in a terrible fire in 1905. The McVeys rebuilt and that home is still standing today.  McVey also served as city councilman and Mayor in the early 1880s. He was also on the Board of Education for the first Central School at Elm and Ann Streets. 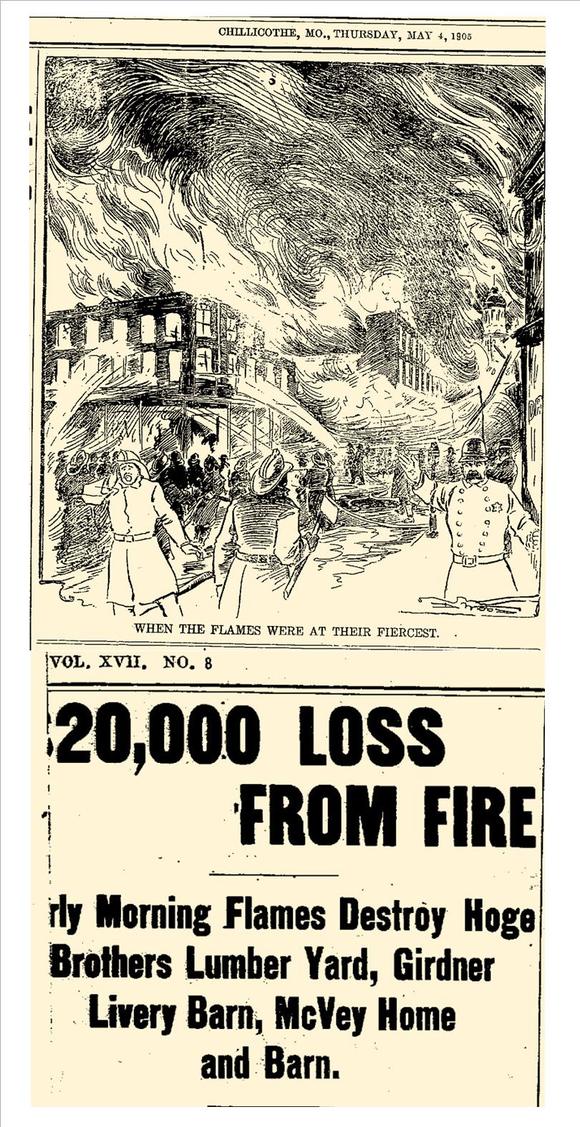