403 Locust Street
This was once home to the Philips Motor Company. It also housed various grocery stores, but has been largley vacant in recent times. Currently the local food pantry uses this facility. 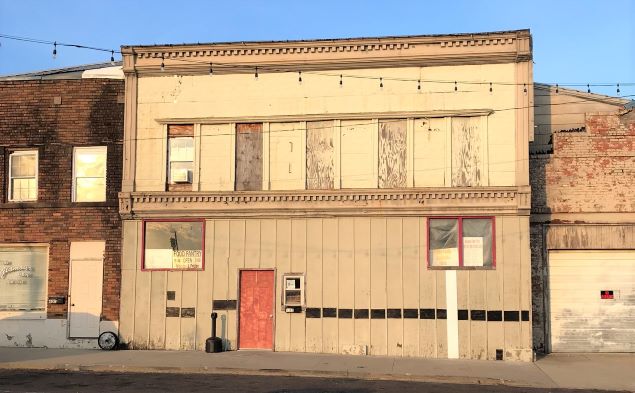 Picture courtesy of Kirsten Mouton, 2020.
next building - cumberland presbyterian church
previous building - edwards cafe
HOME PAGE - TOUR AND DISCOVER
The building at 403 Locust Street was vacant from about 1959 until about 2018 when the Livingston County Food Pantry moved in.

From 1948 up to about 1959, 403 Locust was a series of small grocery stores: Johnsons Produce then Harkins Poultry, then Wilburns Market, then part of Swift grocery. 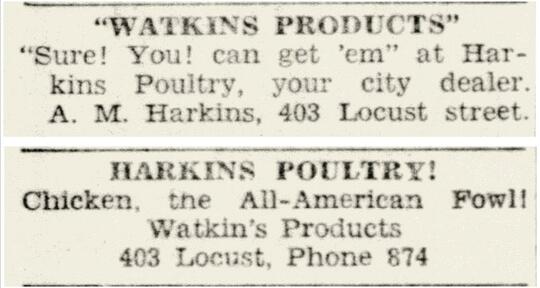 Chillicothe Constitution-Tribune March 6, 1954
Philips Motor Company is first mentioned in the newspapers in 1917, using 401 through 409 Locust through about 1931. Grover Philips ran the company while his father Robert S. Philips ran a blacksmith shop. They sold Buick, Ford, REO Hudson Terrraplane's and something called a Briscoe Runabout. They were the first Ford, Buick and REO dealers in Chillicothe. Over the years they also sold farm machinery, farm trucks and Michelin tires and tubes. The Philips' home was behind the shop on Elm Street. Grover's mother was Sophia Charlotte Vorbeck Philips. (A BIG thank you to Richard Vorbeck for this information.)
Philips Motor Company remained at 403 Locust from 1931 to 1940. Walker Baker, visiting Chillicothe in 1924, stopped to talk to Robert S. "Bob" Philips, manager of the Philips Motor Company. A bit of an argument ensued when they both claimed their grandfathers had built the first home in Chillicothe. This was further complicated when Zibe Myers (read more about him under the Luella building # 18) chimed in claiming his grandfather had built the first residence. They were quite surprised to eventually discover, before anyone got hurt, that they were all three descendants of Zadock Holcomb, the first home owner in Chillicothe. Bob and his twin brother William, were born in Chillicothe at the corner of Elm and Jackson Streets in 1864; Bob died in the upstairs apartment above the company store at 403 Locust Street on December 10, 1939 at the age of 75. 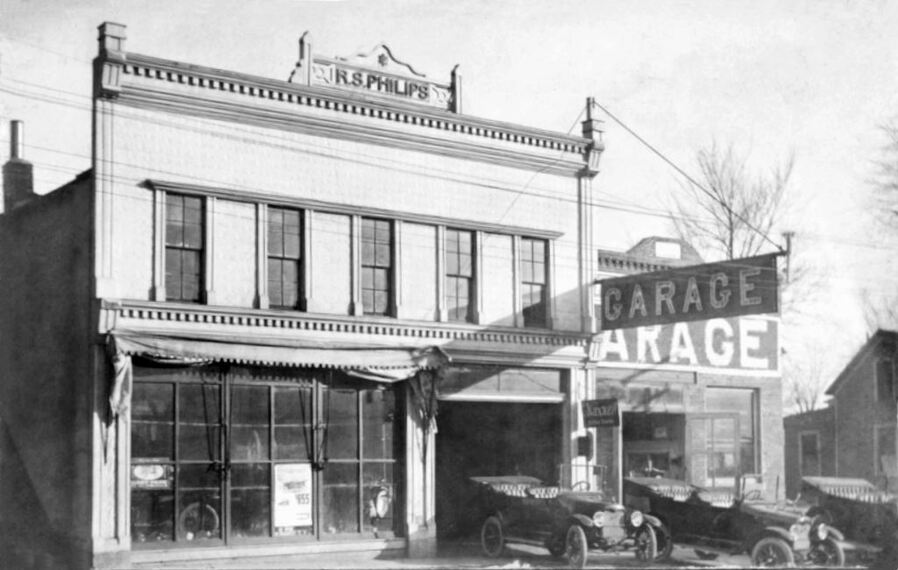 An early photograph of the Philips Garage. Unknown source on file at the Livingston County Library archives. 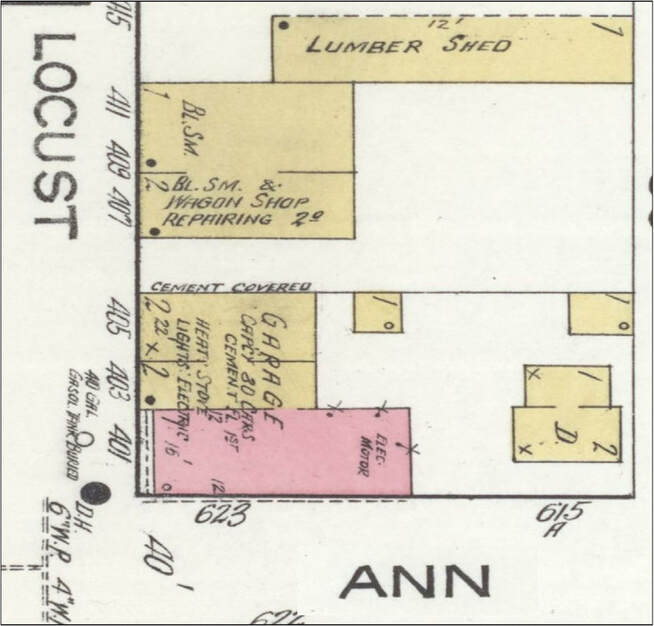 1916 Sanborn map
Philips Garage opened in Chillicothe in 1912, moving to Elm and Jackson around 1920. 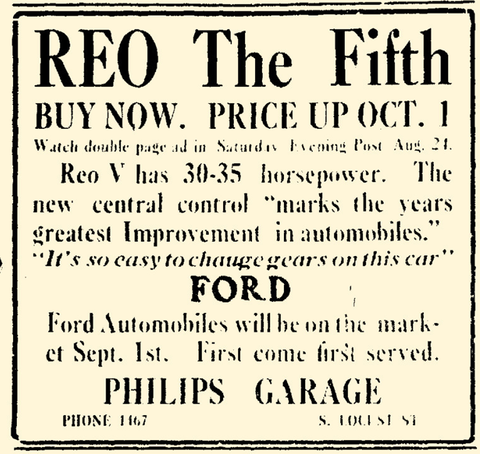 Chillicothe Weekly Constitution Aug. 22, 1912
It isn't clear exactly what business was here in 1909, but the Sanborn map shows steam and gas engines at 403 Locust. (Note there is a wagon shop located at 407 Locust; wagons overlapped with cars here for many years.) In 1901, the Sanborn map shows 403 Locust as old and vacant. Just looking at the maps, it looks like an addition to the south was made between 1901 and 1909 to create a larger building.
In 1896, according to the Sanborn map, there was a small carpenter's shop located in this spot.
In 1890, the streets hadn't been renumbered yet, so this location was 526 Locust. There was no building here at that time. It's the same on the earliest Sanborn map we have, 1885.
The earliest map or rendering of Chillicothe is from 1869 and shows a vacant lot next to the church. 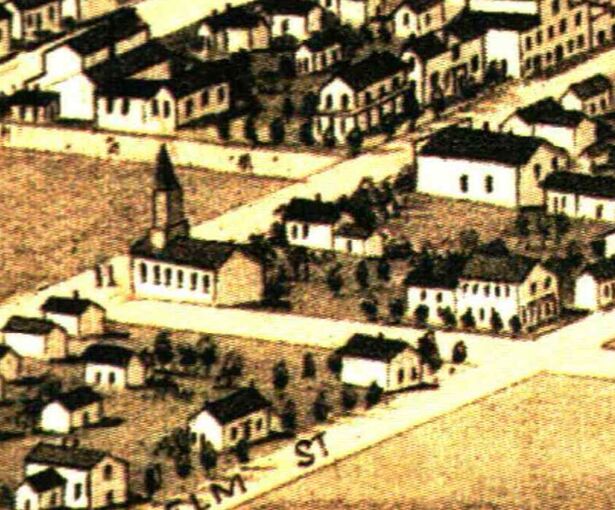