455 Locust Street
Many still refer to this as the Winkelmeyer building. It remained in the Winkelmeyer family for over 50 years. It was built in 1911, replacing earlier hotels in this spot. 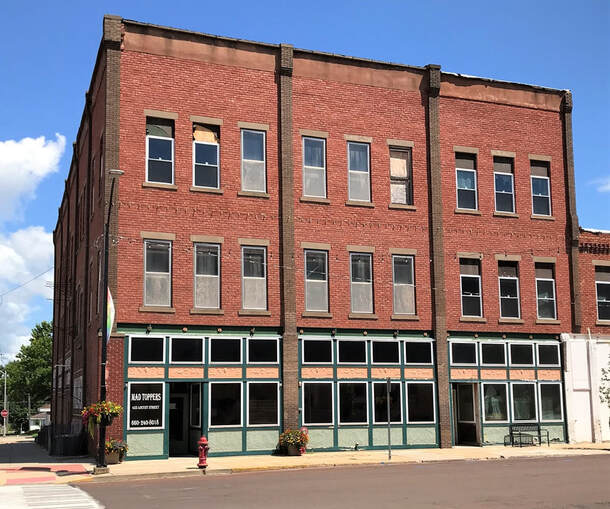 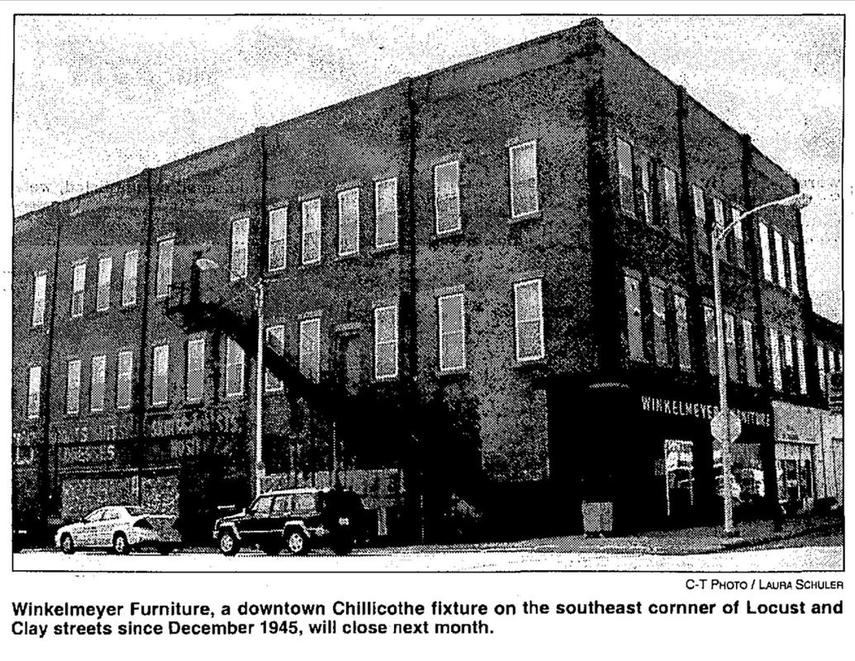 Picture from the Chillicothe Constitution-Tribune, Aug. 2, 2002.
Currently Mad Toppers restaurant is housed here. Recent uses for this building included Lifepoint Church and Alaska House caterers. There is still a gorgeous tin ceiling inside​.
From 1945 up until about 2010, Winkelmeyer Furniture was here.
In December of 1945 Kirk Winkelmeyer moved his family from Brunswick, where they had run a furniture store for many years, to Chillicothe. They started out on first floor of this building, the south half where Singer Sewing had been. In 1946 they added the north half of the building where a grocery store had been. In 1955 they expanded into the former hotel area on the second and third floors.
Kirk died suddenly in 1959. His wife, Amy, took over the operation of the business and brought in Rex Smith to help out. Daughter Susan also moved back to Chillicothe in 1970 to assist with the business.
In the 1940s, there was also a Fish Market and bowling alley in the basement. The Wilson Hotel was located on the upper floors through at least 1951.
In the late 1930s Singer & Dupey Brothers Grocery and McClintock Grocery were located here.
Gray's Pharmacy and lunch counter were here as well as Roush's Tea Room throughout the 1930s.
Scruby Grocery operated out of this storefront in the late 1920s.
The mid-1920s saw Wenzel’s Ready-to-Wear​ clothing store here. Notice the "ghost" signs on the north side of the building: "Wenzel's," "Coats, Suits, Dresses," "Skirts, Waists, Hosery," and "Millinery."

This is a contributing building to the Chillicothe Historic Commercial District on the National Register. 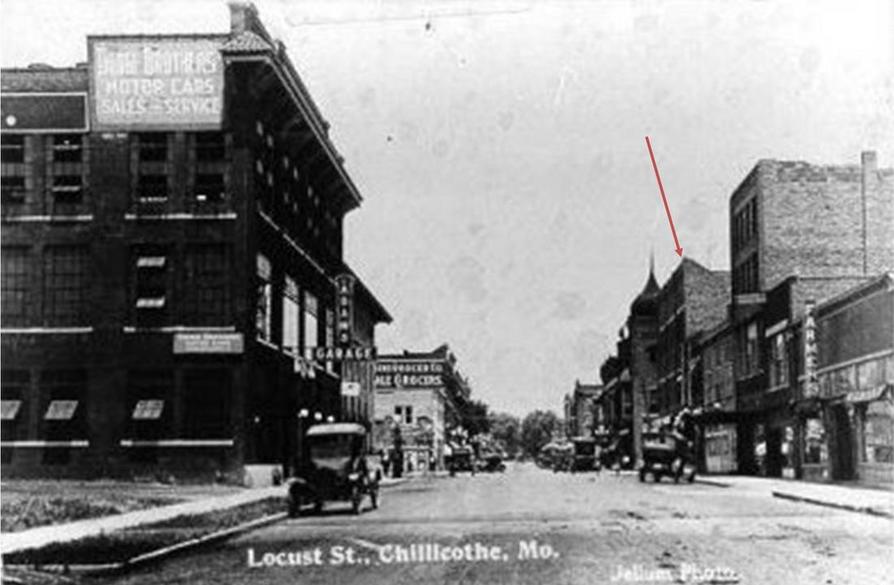 Looking north on Locust Street c.1920s. Adams Garage and the Federal Building (now Library) to the left. Unknown source on file at the Livingston County Library archives.
This building was constructed by Lee Piper and was known for many years as the Piper Building. It seemed to house only smaller business like law offices until the end of 1911 when Lee-Munsell Furniture Company, later (1914) Lee Furniture and Undertakers, moved in. M.V. Piper owned the building at least through the 1930s. 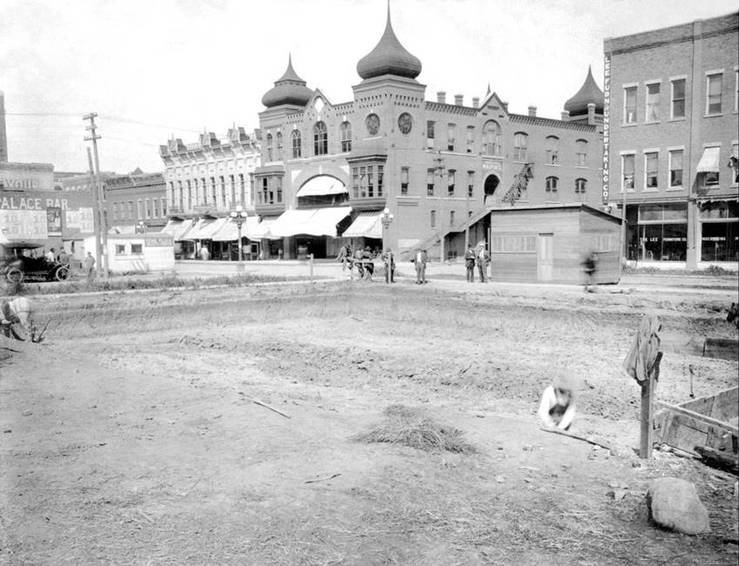 Lee's Furniture & Undertaking across the street from the Federal building basement construction in this 1915 photo. Photograph from the Livingston County Library's archives.