401 Locust Street
It is believed this building was originally built as a church in 1859. Since then it has been many things including a residence, marble shop, school and dry cleaners. 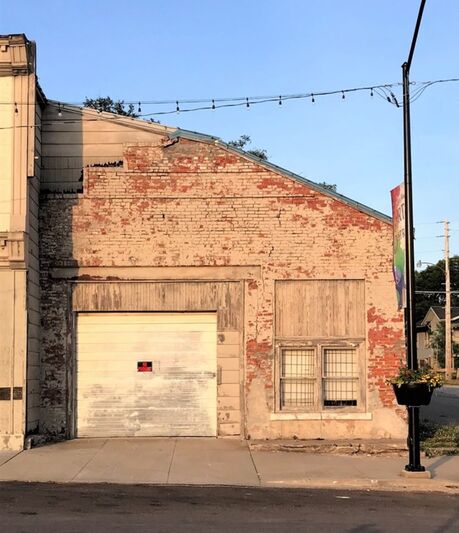 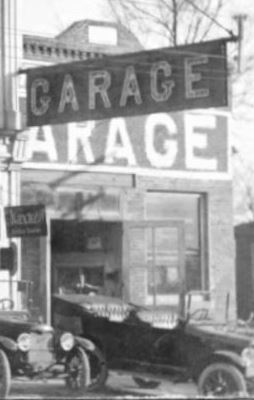 Part of an early picture as part of the Philips Garage. Unknown source. On file at the Livingston County Library archives.
​    ​   Watt Mizer (electrical) Distributing Company moved into 401 Locust in 1991 and had to auction off all the contents left behind in the building. When Watt Mizer opened a showroom in 1994 at 325 Locust, across Ann Street, this building seems to have become a storage area.

​    In the late 1960s, Sno-White Laundry moved into the building, remaining until about 1984, run by Eddie Vorbeck. (information from Richard Vorbeck.) Owned by the Vorbeck family since the late 1890s, one of the Vorbeck descendants, while doing some remodeling inside the building, removed the modern metal ceiling and discovered the old lath and plaster A-frame ceiling of the original church.
From 1948 up to about 1961, 401 Locust was home to Swift & Company grocery. ​ 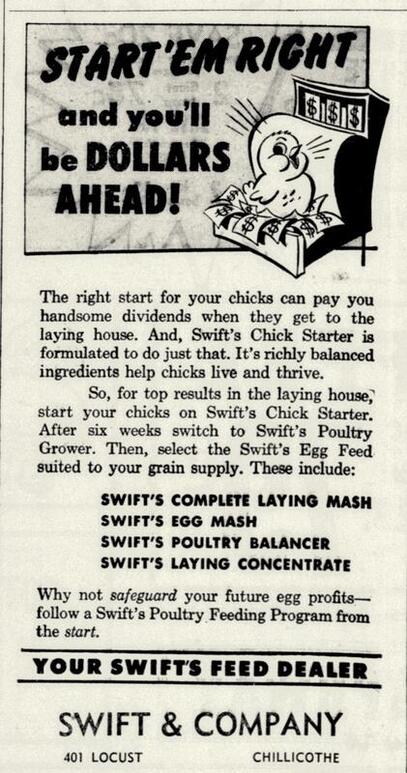 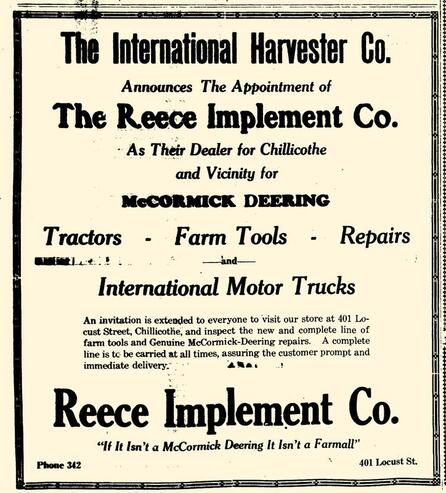 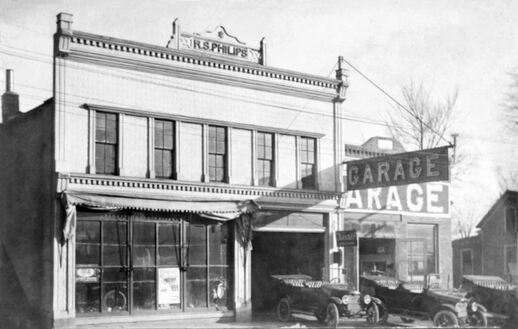 An early photograph of the Philips Garage. Unknown source. On file at the Livingston County Library archives.
The 1916 Sanborn map shows an electric motor in this building. It seems that this was part of the garage business next door.

1916 Sanborn Map
The 1909 Sanborn map shows a marble works at the corner with a gasoline engine. (Note there is a wagon shop located at 407 Locust; wagons overlapped with cars for quite some time here.) In late 1907 the Chillicothe Marble and Granite Works was formed by Frank F. Reynolds, J. D. Brookshire, Edward Schweizer, Karl Blanchard, and J. F. Oliver; Frank Way also owned a small amount of stock but was not on the board of directors. The new company took over a marble shop that had previously been in the building, making necessary improvements. They supplied marble for floors, mantles, and special monuments. Brookshire, by the way, owned the Majestic, previously the Luella Grand Theatre, from 1917 to 1920 and was an officer for the First National Bank in 1908; by 1916 he was involved with the Farmers and Merchants Bank.
​    The building was vacant in 1901. According to the 1896 Sanborn map and 1896 Atlas, an iron and woodworking Novelty shop stood here.
In the late 1890s this property was sold to the Vorbecks and remained in their family until the 1990s.
It is claimed this was used as a school house in the early 1890s.
In 1890, the streets hadn't been renumbered, so this location was 527 Locust. At this time this building was alone at the corner and was used as two dwellings or houses. It's the same on the earliest Sanborn map we have, 1885.
The 1878 Atlas of Livingston County only labels a few buildings in town, but does mark this location as a "Bath House." 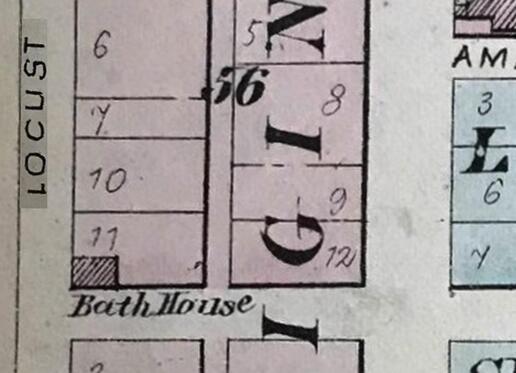 1878 Historical Atlas of Livingston County
It is reported that the Congregational Church used the building in the 1870s. A Sunday school was held here, taught by Dr. Monk, an early town physician.
The earliest map or rendering of Chillicothe is from 1869 and shows the building on the corner of Ann and Locust Streets was originally a church. This building may have been one of the first four churches built in Chillicothe in the 1850s and 1860s. (The first church was built in 1850 at the corner of Washington and Clay Streets.)
The building was used as a stable during the Civil War for soldier's horses. It is rumored that this building became one of many make-shift hospitals for a measles outbreak during the Civil War. The county offices and jail were just around the corner on Elm Street, somewhere in the 400 block, until 1872. The building was sold after the war in 1866.
The First Methodist Episcopal Church bought the Cumberland Presbyterian Church at the corner of Locust and Ann Streets on May 19, 1864. Some of the Presbyterian church members returned to the Cumberland Presbyterian church on Elm and Ann Streets at that time.   ​
The Providence Cumberland Presbyterian Church organized in Livingston County in 1855. The first Cumberland Presbyterian Church was built across from the old Central School on the north side of Ann Street at Elm Street in 1857. (Current location of the Trinity Evangelical Presbyterian church, but this was a smaller brick building facing south.) The church split in September of 1859. The “old school” trustees, A. McVey, L.N. Barker and W. C. Samuel, sold the church at Ann and Elm Streets to the Cumberland Presbyterian Church of U. S. A. The “old school” Cumberland members bought the lot at the northeast corner of Ann and Locust Streets from Morgan and Elizabeth Mace on July 20, 1859 through their trustees: Charles Herreman, Luther Collier, and Wiley Clark. They paid $250 for the land. The congregation built a church here in 1859. 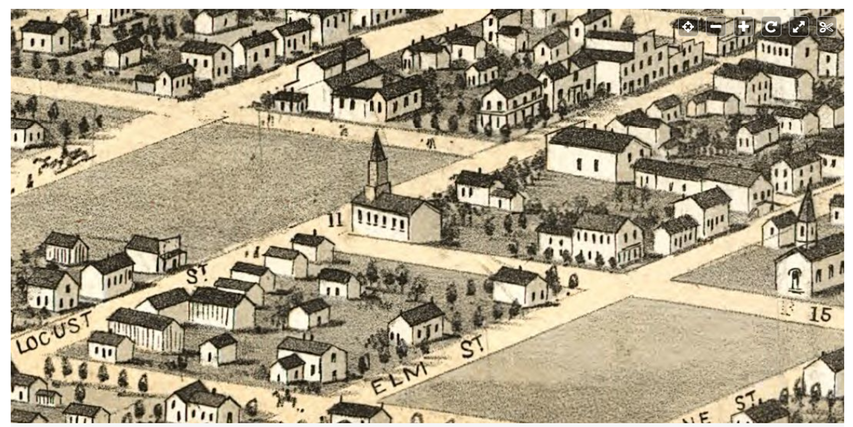