614 Washington Street
This building was here by at least 1885 and has housed many businesses. The most well-known are the New York Store (before McVey built the BIG store on Locust Street) and Farmers. 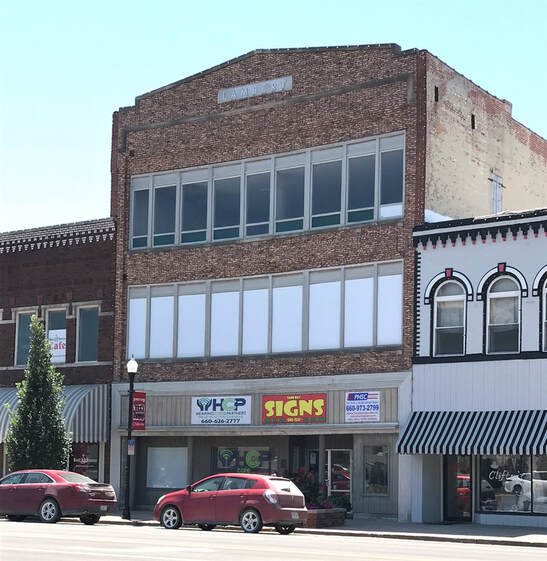 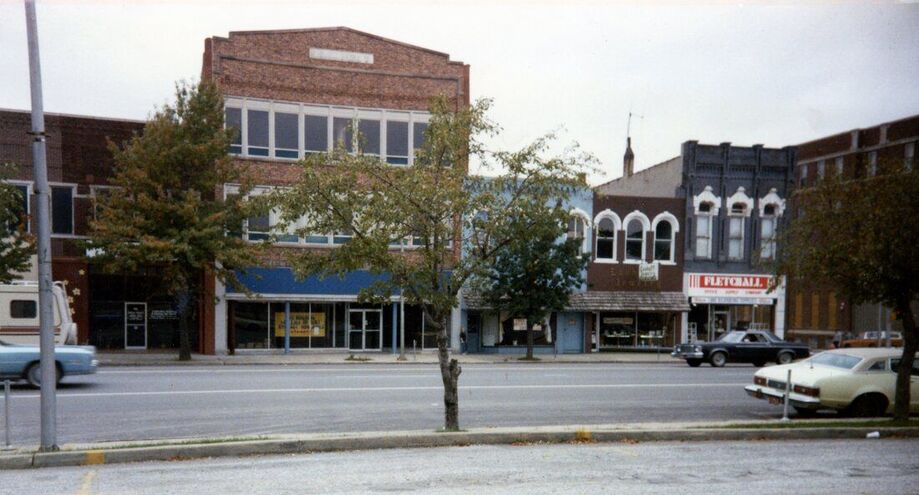 West side of the Square 1990. Photo from the Livingston County Library archives.
​From 1981 to the present, the building (presumably just the first floor) has been occupied by a variety of small businesses. In the summer of 1958, Joseph Lambert bought the building from Richmond Coburn whose family had owned the building since 1926. Mr. Lambert remodeled it to “be like new.” Gamble’s Department Store moved in by June of 1959 and was at this location until about June of 1981.
In 1940 Bakyr’s Department Store moved into this building and stayed until about 1957.
This building is a contributing structure to the Courthouse Square Historic District on the National Register of Historic Places. 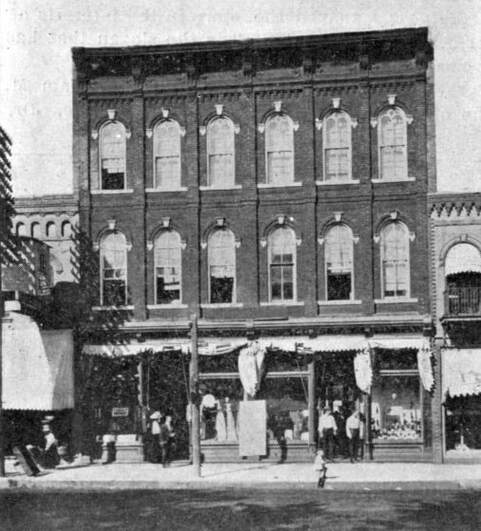 Farmers Store. Date unknown, but may be around 1909. On file at the Livingston County Library archives.
​    Farmers dry good store run by Stevens, Botts, and Conger, moved to 614 Washington in 1886. Other early businesses in the building utilized all three floors and included various offices, a band room, and apartments. Farmers, also known as Botts-Minteer dry goods from about 1908 through 1940, was the major business from 1886 until 1940.
​    ​Capt. Archibald McVey came to Chillicothe in December of 1865 at the age of 29. He opened his business in 1866, and for years had a successful department store at 614 Washington (pictured above). (Technically it was 727 Washington then; they renumbered the streets by 1896.) McVey moved the New York Store to Locust Street in about 1886. Farmers Store then moved into this three story building on Washington, which still stands. I believe McVey is in this picture, the man to the far right. He served as city councilman and mayor, as Secretary of the Board of Education, and belonged to the Masons and Elks. In 1877, he was one of a number of local merchants and residents that petitioned the City to buy a fire engine. ​ 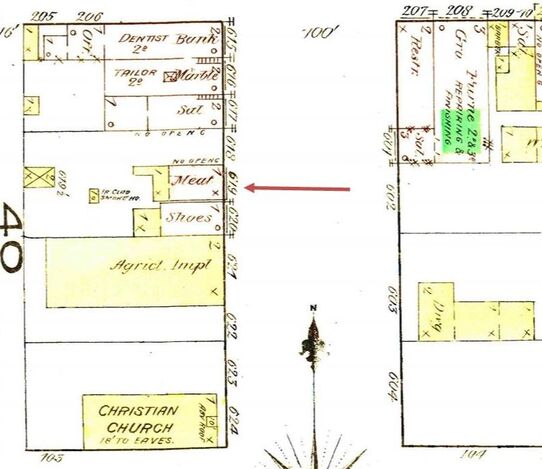